Television and the Broken Heart: Compassion, Codependence, and Consumption -- From Chapter Four 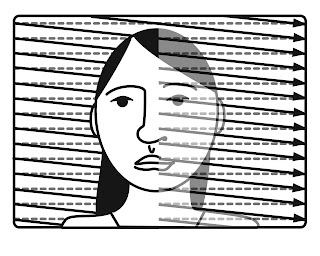 When cut-off from the grounding power of the lower centers, and uncertain of its relationship to the earth and to others, the heart center may respond by closing down in self-defense, “toughening its skin” and rejecting true intimacy in favor of the defensive strategies of intolerance and cynicism. When its response is over-active hypersensitivity, fourth-level emotional energy can easily turn to clinging codependence and the “victim syndrome.” The first focuses on meeting the needs of others, the second on one’s never-healed “inner child” or wounded and aggrieved identity group. More often, it is a combination of these responses: what Ken Wilber calls “boomeritis” – utopian dreaming and multicultural sympathies bordering on collective guilt for all the world’s victims, mixed together with non-acknowledged attachment to luxury material goods, the acting out of grand dramas, lack of discernment and self-discipline.

Out in the Infosphere, these are the same polarities held by the medium of television: the utopian dreams of a world community, and the sad depths of dysfunctional family life. Fourth-level digital dharma asks us to look at this medium as both a tool of addictive consumption, and the harbinger of the enlightened global village. Television reflects both a new compassionate consciousness - a projection of the world’s desire for reconciliation and understanding - as well as all of its materialism, over-stimulation, arrogance, greed and self-pity. TV addiction starts by transferring our deep fourth chakra needs for loving connection into over-consumption, and pleasure in the humiliation of others – sometimes the self-important and self-deluded, but often the hapless, helpless and weak. Seen through this filter, it is no surprise that critics have called TV a "plug-in drug" that “colonizes” our minds with lies and seduction. However, let us not forget that television is also the medium through which a generation discovered the “others” who share Spaceship Earth...


Television’s emotional hook however, has its downside. It can ignite compassion, but also seduce and beguile. It encourages us to cultivate the quality of empathy. Yet, at the same time, it taps our most base emotions, driving us in David Dark’s words, “to base our identity on what we able to purchase, hijacking our hopes with the emptiest of slogans and scenarios, and wasting our sympathies on tales that are devastatingly shallow and sentimental.”

Why is this? I believe that television is reflecting the heart’s challenge of responding to a world of limitation: of the frightened ego and its ever-present personal and global “pain body.” Yes, it offers us real emotional connection with the fellow inhabitants of our small planet, showcasing liberal values of tolerance and self-esteem; but it also enables us to avoid experiencing all of the consequences of our actions – the suffering we ourselves cause other humans, other species, and our environment. Clear television viewing demands that we look deeply into all of the pain we hold in our own energy field and in all of mass consciousnsks the heart to break open in compassion. But for most of us, this is too much to ask.
Posted by Steven at 2:51 PM

Television's direct association with caloric intake (at least amongst teens) has been noted by a number of studies -- the more one watches TV, the more one is likely to snack, and thus, the higher the body mass index. TV in the child's bedroom is the worst culprit!